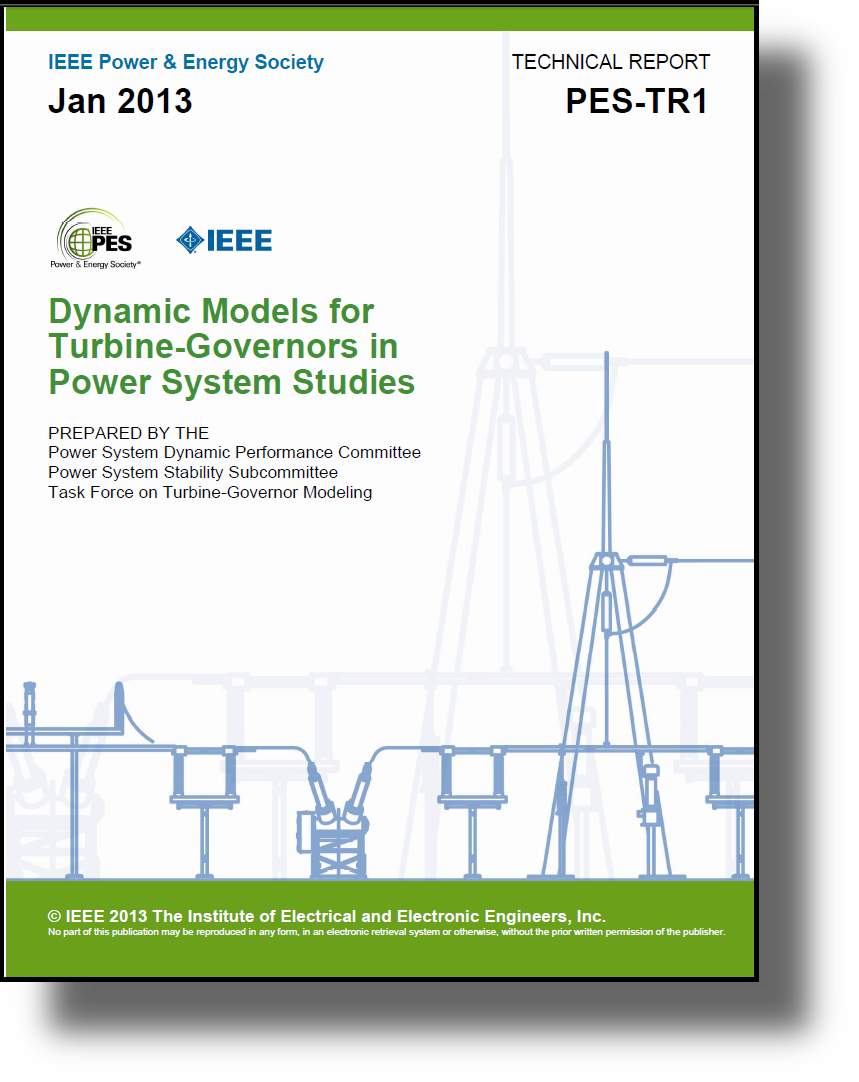 Pages: 117
1. INTRODUCTION 1.1 The Scope of Work The scope of this Task Force is to review and make recommendations related to the use of models for turbine?governors for power system simulations. Recent documents published by CIGRE1, the Western Electricity Coordinating Council (WECC) and others have provided newly developed models for use in modeling thermal turbine?governors, modern combined cycle power plants and hydro turbines. There is, however, significant benefit in reviewing the recommendations in these documents and consolidating them with the usage of older models that still exist in commonly used simulation programs. The Task Force report is presented in three parts. Chapter 2 deals with steam turbines. Chapter 3 deals with gas turbines and combined cycle power plants. Chapter 4 deals with hydro turbines. Each document provides the following: 1. A summary systems of a hierarchy of models for the various turbine?governor systems. 2. A discussion of the various existing models in most commercial software tools and what may be considered as legacy models. Additionally, in this first chapter a section is provided below that discusses the primary motive for modeling turbine?governors and the recommended usage of the models. In many grid?codes around the world outside of North America, model performance and validation requirements are defined and must be complied with as these are deemed statutory (e.g. [1]). The Task Force has intentionally avoided the discussion of grid?codes since such discussion are outside the scope of this group. What is presented here is for guidance and educational purposes. This document is not a standard, nor does it claim to address or comment about any standards or grid? codes. This Task Force was approved as a working body of the Power System Stability Subcommittee, of the Power system Dynamic Performance Committee of the IEEE Power & Energy Society in June, 2007.
Tags:
Power System Dynamic Performance
/content/rc/pes/en/technical-publications/technical-reports.html
https://www.ieee.org/cart/checkout/page.html